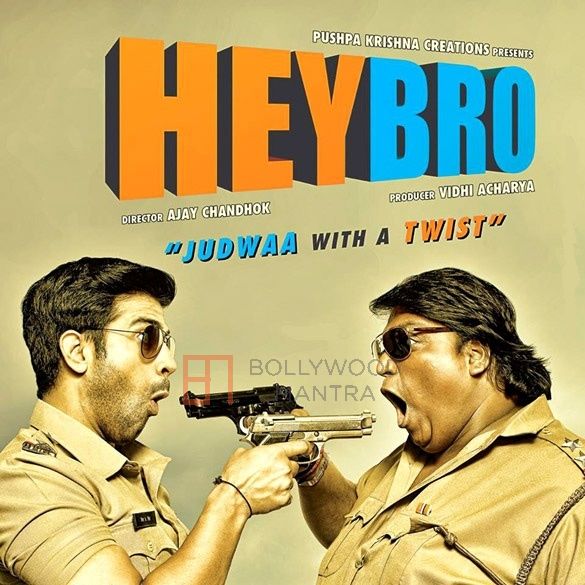 Hey Bro is the latest ucoming movie to Bollywood and is expected to be released at the end of feb. The dates finalized by its producers are 27th feb, 2015, when it would hit the theaters all over the country and movie goers can enjoy it to their fill. This film is of drama genre and it is assured by its producers to provide the audience with the Masala and having strong dialogues that have been long enjoyed by everyone. The producer of this film is Vidhi Acharya. The star cast in this movie is Nupur Sharma, Ganesh Acharya and Govinda in lead roles, while cameo roles are being done by the well known actors of Bollywood as like Amitabh Bachchan, Ranveer Singh, Akshay Kumar and Hrithik Roshan. This film publicity promotion is being undertaken by Parag Desai and Universal Communications. The director of this film is Ajay Chandhok and shooting is done in different parts of the country, besides Mumbai.

Bollywood star Govinda is well known for his acting skills and along with Ganesh Acharya, the popular dance master and comedian, much can be expected from this film. The current teen heart throb,Bollywood star Ranveer Singh is expected to dance hip-hop in Hey Bro, much to the delight of his fans. The choreographer, Ganesh Acharya, has worked previously with Ranveer singh in the popular advertisement, “ Naam mera Ranveer Ching”. On hearing to the forthcoming venture, Ranveer singh agreed readily to become a part of it.

Ganesh Acharya is producing and acting in this film. He had previously shown acting skills in movie “ABCD” produced by Remo D’ Souza. He is also seen to have done a cameo role in Finding Fanny which starred by Arjun Kapoor and Deepika Padukone.

Drop your comments and your view on Hey Bro Hindi movie Review and Rating ,Collections