Skip to content
Bollywood|Movie Review and Rating
January 23, 2015January 23, 2023 Admin 0 Comments
Bollywood actor Producer Saif Ali Khan coming with his
New project “Happy Ending”.Saif was very much disappointed by the complete disasterOf his earlyer film Humshkals.in The new film Happy Ending he is playing romantic comedy role as he regularly
Used to do. 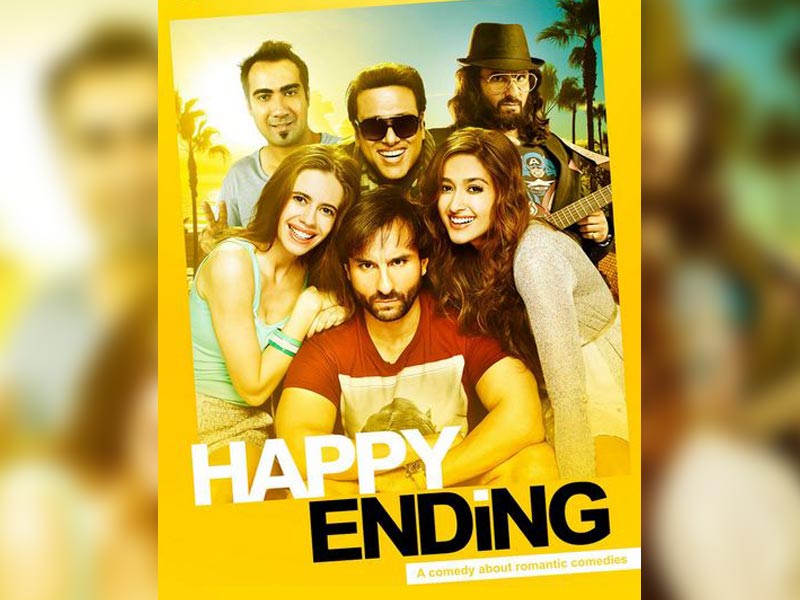 “Happy Ending” is romantic type of comedy entertainment.
The story is of about how a fading film star desperate
Attempt to save his stardom.Armaan(Govinda) is a film
Star who wants a Bollywood script in Hollywood style”for
That purpose he approach a writer named Yudi(Saif AlinKhan).

In the film Happy Ending Saif’s character name is
Yudi,Yudi is a writer and he used to be successful but he
Don’t have any track record of Best Selling Author,and he
Is trying for the success.once He got a chance to write a
“Bollywood Script in Hollywood Style” which is completely
Different from his style of writing.he Is against of
Romantic comedy stories but he has to write.in Other
side,Main Tera Hero and Barfi, Star Illeana D’Crruz is
also plying a writer role.
Actor’s Preity Zinta playing Saif’s lovly Ex-
Girlfriend,and Kalki is playing Crazy girlfriend role in
The film.