Gunmen who carried out Punjab attack were Muslim – police

Three gunmen who fought a 12-hour battle on Monday near the Pakistan border were Muslim, the Punjab police chief said on Tuesday, contradicting speculation that the attack may have been carried out by Sikh separatists.”The inspection of the bodies shows that the assailants were Muslims,” said Sumedh Singh Saini, director general of police in the state, speaking to reporters at the police station that came under attack.Ten people, including four police, three civilians and the three militants, were killed in a prolonged battle that began early on Monday morning, the first of its kind in Punjab in more than a decade. 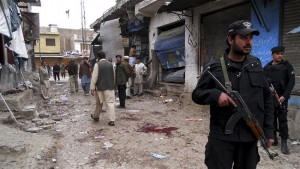 The attack bore the hallmarks of similar attacks in the neighbouring region of Jammu, which has seen more frequent operations by gunmen hitting security posts in recent years.Saini did not elaborate why police concluded the gunmen were Muslim and declined to confirm whether or not they were from Pakistan, as some Indian security sources had suggested.He said police had not yet identified the assailants, as they were not carrying any identifying papers or documents.”They had even gone to the lengths of removing the identifying marks on their weapons,” Saini said.

Gunmen who carried out Punjab attack were Muslim – police

Two GPS devices that police recovered inside the besieged station show a programmed route from the India-Pakistan border to the railway track where five explosives were found on Monday then on to the police station, Saini said, leading police to believe the same group planted the bombs and staged the gun battle.Another policeman said the first entry in the GPS system was made on the Indian side of the border on July 21, several days before the attack. 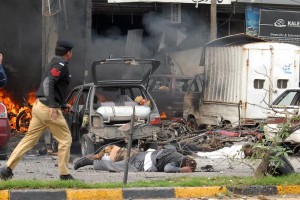 On Monday, some analysts speculated the unusual attack could mark the reappearance of Sikh separatists who battled the Indian government in the 1980s, including the assassination of Prime Minister Indira Gandhi at the hands of Sikh bodyguards in 1984.But some police sources had said the militants entered from Pakistan two days ago a short distance to the north in Jammu and Kashmir, where separatist guerrillas are seeking independence from India.Pakistan issued a statement on Monday condemning the assault and extending condolences to the government and people of India.Prime Minister Narendra Modi and his senior ministers have not made detailed statements on the attack, which came weeks after a meeting between Modi and Pakistan’s Prime Minister Nawaz Sharif raised the prospect of a thaw in relations between the two nucelar-armed neighbours.