Scientists at Google and Stanford University have created artificial intelligence software that which has the most advanced image recognition skills in the world till now. The artificial intelligence software that which is created by them is capable of recognizing and describing the content of photographs and videos with far greater accuracy than ever before. And its descriptions are similar to what would be given by a human it’s really surprising.

“This kind of system could eventually help visually impaired people understand pictures well because every time there can’t be assistance, provide alternate text for images in parts of the world where mobile connections are slow or very slow, and make it easier for everyone to search on Google for images” said Google in a statement. 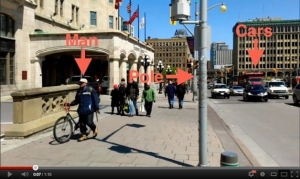 Which means when we have very slow network and we are searching for Shahrukh’s pics it shows Shahrukh khan wearing blue pants, black shirt, yellow jacket, with chains around his wrist and neck. With little smile on left side lips and frowning eyes. Wow Google wow.

Until now computer vision has largely been limited to recognizing individual objects. with this new software which teaches itself to identify entire scenes.  A bunch of people playing football with team jerseys blue stripes one team and red stripes other team. A picture may be worth a thousands words, says the Google Research blog. “But at times it’s the words that are the most useful entity – so it’s important we figure out ways to translate from images to words automatically and accurately” so we came up with this idea. 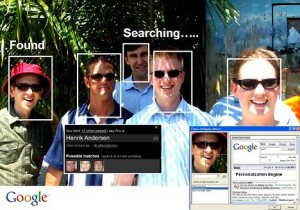 Google says that this technology could lead to enabling needs for the blind and robots to better comfortably navigate their environments efficiently. This may lead to newer innovations like a equipment which is internet based which is given to blind people where they wears it which recognizes everything in front of them says in words. It could also be used for the surveillance in both public and private places. The software would also eventually be able to recognize individual faces and certain types of behavior, which is break through that  software starts judging people around us. It’s not enough people around us judging so Google invented software to judge us. Jokes apart it’s an awesome creation.