Skip to content
Entertainment|Technology
January 23, 2015January 23, 2023 Admin 0 Comments
If you have a long smart phone, then it is quite likely that at some point’ve played Fruit Ninja , the popular video game in which you must cut all kinds of fruits using the touch screen of your mobile. While Fruit Ninja franchise is already getting a little old, still has much to give, and has recently received a sizeable update. The good news for fans is that this update is greater than any other released so far and allow us to have better equipment to make better combos, adding an extra degree of a game that many have considered plain and simple complexity. 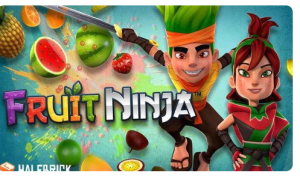 According to information provided by the developer, Halfbrick , the update adds new swords and dojos that give a unique twist to the game, but also new power bonus, overtime options and other surprises that will affect the game differently include way, so be sure to test all the possible combinations. As if this were not enough, the guys at Halfbrick have added two new characters to the game: it is two ninjas called Katsuro and Mari.

A menu level, the development team has made several changes to the user interface, so that all sections can be accessed more quickly to save time.

The new version of Fruit Ninja is now available for both iOS as well as Android, so if you want to get it do not forget to get it by the app Store or Google Play.

Tell us: Have you ever tried this popular app? If so, what did you think of the graphics and game mechanism?