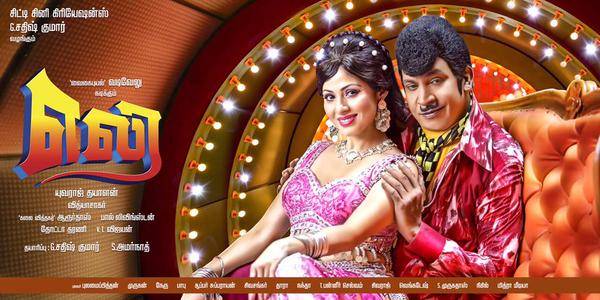 Vidyasagar composes the film’s music and score while Pulamaipithan and Viveka has written the lyrics. This film music rights were purchased by Saregama. The audio launch of the soundtrack was held on 11 May 2015. During the audio launch, Vadivelu revealed that the Hindi song Mere Sapno Ki Rani from Aradhana (1969) would be used in the film and that the sequence would feature himself and Sadha.