How is it transmitted?

virus is spread by person-to-person by direct contact of mucous membranes (skin covering the nose, mouth and genitals) or an injury to the skin with blood or other body fluids ( feces, urine, saliva, semen) of infected people with symptoms. 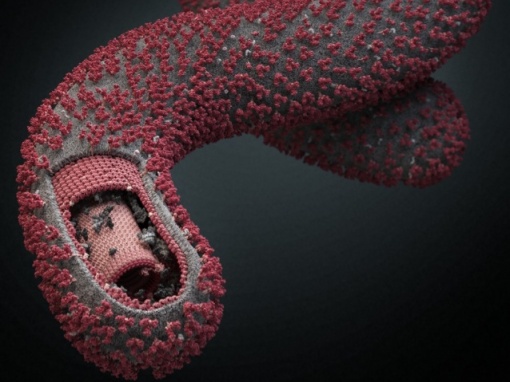 Infection can also occur if the broken skin or mucous membranes of a healthy person comes in contact with dirty clothes, bedding or used needles contaminated with fluids from a patient with Ebola.

In addition, the disease can be transmitted by contact with body fluids of infected animals (monkeys).

What are the symptoms?
Symptoms of this disease include fever (greater than 38 °), muscle pain, headache and sore throat and weakness.Then they may have vomiting, diarrhea, rash, renal failure and liver and massive internal and external bleeding.

How can it be prevented?
There is no vaccine or drug to prevent infection by the Ebola virus or disease. The only way to prevent it if you have to travel to the affected region is taking the following precautions: