Driver on Duty is an upcoming Malayalam film directed by debutant director Manoj Palodan. It stars Asif Ali in the lead role alongside Abhirami, Janani Iyer, Sajitha Madathil and Sruthi Lakshmi. The story revolves around the life of a lone male driver amidst 11 women police officers, which is inspired by Asia’s first women police station which was inaugurated in 1973 in Kozhikode.The film’s shoot started on July 7, 2014  and was held in Thodupuzha. 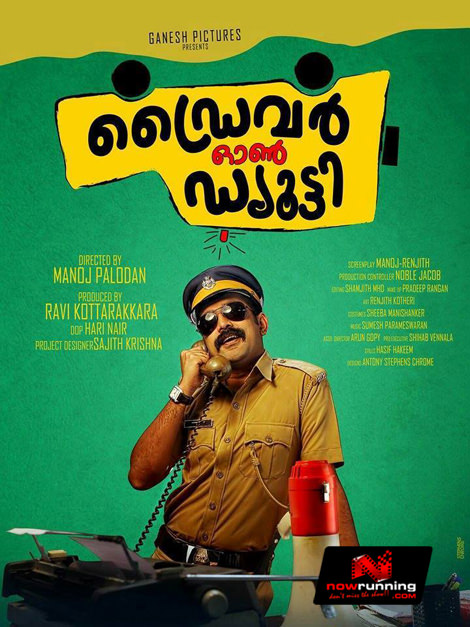 Asif Ali was signed to play the lead role, police jeep driver Ramakrishnan, with the actor saying that he was living the role since he was the only male actor among an all-woman cast. Ramya Krishnan was supposed to play the role of the sub-inspector Arundhati Varma, but she had to opt out due to date issued and was replaced by Abhirami. The character of Arundathi Varma was said to be inspired from the real life character Kuttiyamma, one among the first women police officers of Kerala. The female lead role went to Janani Iyer, who stated that her character, Niya Menon, was “a bubbly and chirpy girl by nature” and the lady love of the driver Ramakrishnan .

watch the Movie in threat res only