Dhruva is an upcoming Indian Telugu-language film directed by and produced by Allu Aravind under his banner Geetha Arts. It features Ram Charan, Rakul Preet Singh and Aravind Swamy.The flick  which features Ram Charna playing the main lead role is the official remake of Tamil movie Thani Oruvan which had been released in the year 2015. Thani Oruvan featured Jayam Ravi playing the lead role. 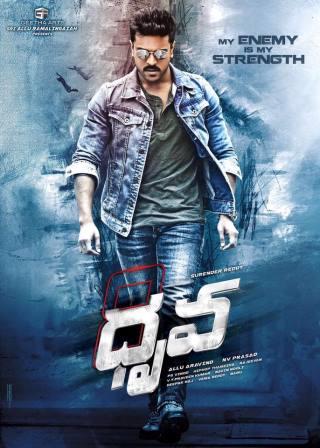 The film, initially set for release on 7 October, is scheduled for a worldwide release on 2 December 2016.

The official teaser of Dhruva was released on 11 October 2016, the teaser marked a record of crossing a million views in just 20 hours.