Skip to content
HomeEntertainmentDhoni Retires from Test Cricket , Virat will be Captain

M.S Dhoni the captain of India retires from the Test Cricket . BCCI as accepted the decision of Dhoni Retirement as posted a media release in the BCCI.TV 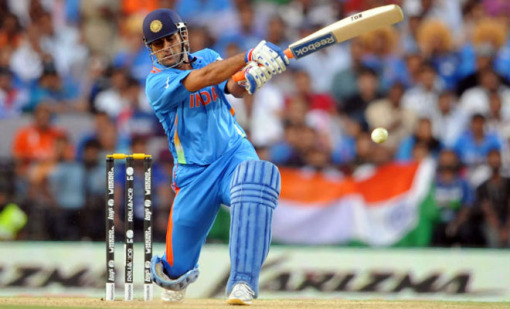 One of the top most batsman and wicket keeper as retired from the test cricket game  to concentrate on short formats of the game .

Today after the Test Match BCCi released the press Note . 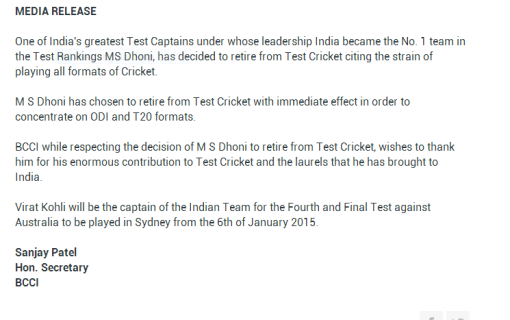 BCCI said taht Virat will be Captain for the upcoming Test match at Sydney against Australia .

M.S.Dhoni Quits from Test Cricket , Virat will be Captain

There is a biopic which named Dhoni the untold story filming in Bollywood .  He made his One Day International (ODI) debut in December 2004 against Bangladesh, and played his first Test a year later against Sri Lanka.

Team India however managed to draw the Melbourne Test before Dhoni retirement .

Mahendra Singh Dhoni scored 5 Centuries and a Double century and he is one of the most successful captains on India and also a wicket keeping batsman for India .

We Thank Dhoni for all Test Records for India and placing India Number one test cricket side .

M.S Dhoni will continue as the Captain  Twenty 20 and One Day International formats of the Game .

For more cricket updates please stay tuned to our website