MS Narayana the top comedian in telugu film industry is no more .. The MS Narayana who is in critical health condition for past few days was no more . He died on 23 January 2015 at KIMS Kondapur  . On 19th January 2015, he was initially admitted in a private hospital in Bhimavaram after he suffered heart attack and was later shifted to KIMS hospital in Hyderabad 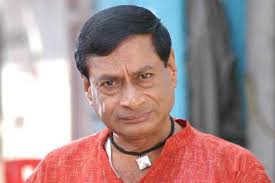 MS Narayana full name is  Mailavarapu Surya Narayana acted in more than 500 films and he made his entry in Tollywood as a writer and started is acting carrer as comedian .

MS Narayana is no more and it is a great loss to Tollywood and his roles are never replaceable.