From its twitter @DDnational it said commented on the book saying . 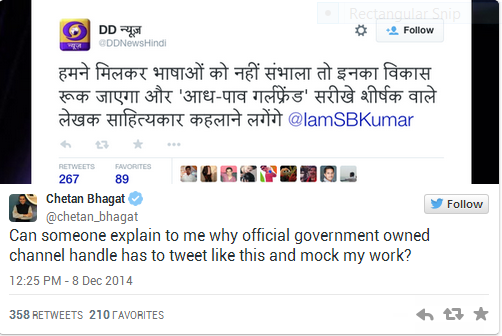 and chetan replies as “ Can some one explain to me why official government owned channel handle to tweet like this and mock my work ? 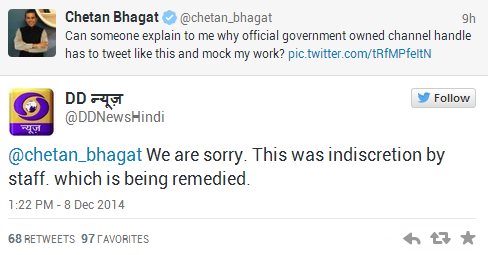 and then Chetan says to spare the workers for the work 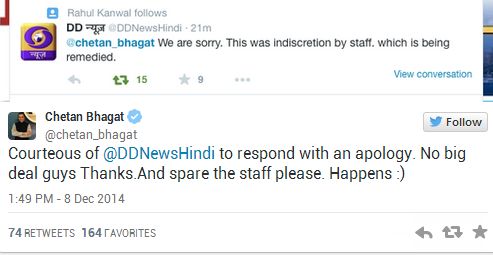 What may be the reason some renowned media group need not target some people which is embarrassing and which make disturbing .