Skip to content
International|Technology
January 22, 2015January 23, 2023 Admin 0 Comments
BlackBerry has new phone Passport built  now less than 3 launch events at the same time in different places in the world to bring in the new BlackBerry Passport. the smart phone latest high-end company. As rumors suggested, the new device has a Canadian 4.5-inch screen with a very particular resolution 1440 × 1440 pixels, and also has a physical keyboard touchdown as you can see in the picture. This keyboard is fairly complete, and we can even use it as a trackpad for navigating documents and pages, select words and more. 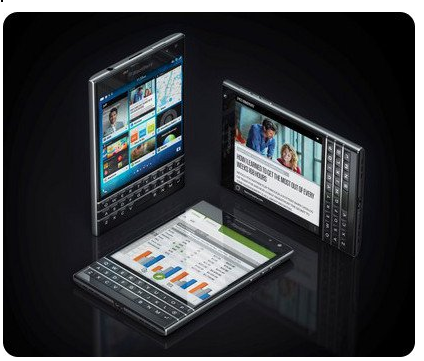 The rumors turned out to be reliable in almost all the BlackBerry Passport uses a quad-core CPU running at 2.2GHz and has 3GB of RAM and 32GB of internal computer storage that can expand using a card MicroSD. In the rear of the device is a camera 13 megapixels with optical image stabilization and the ability to record Full HD videos at 60fps. The phone battery is 3450mAh and is said to give us up to 30 hours.

The Passport BlackBerry runs BlackBerry 10.3 O.S  and comes with the new BlackBerry Assistant, a virtual assistant similar to others like Google Now or Siri for example. An accessory called the BlackBerry smartphone Blend allows it to be used from a computer or tablet, for example, so you can more easily edit documents and perform other tasks that are better on a big screen. A tier of applications we have two official stores: BlackBerry World and Amazon App Store.

The BlackBerry Passport is now available in Canada, France, Germany, United Kingdom and United States with a no contract price of $ 600. By the closing of the year will be on sale in more than 30 states.