Skip to content
HomeNationalBCCI TO DEMAND 400 CRORES FROM WICB

BCCI has faced many losses due to the differences in the West Indies cricket these losses are almost 400 Crores. Now BCCI has taken the issue seriously and are demanding 392 Crores from the WCB. This is considered to be a huge amount andWICB are given only a short span to fill this loss.

The issue was that the WI players and WPA had differences in opinions due to which the team players left the tour in between and boycotted the tour. BCCI said that they knew about the clashes and implodes in the WICB and they did what ever they can to reduce the problem of players boycotting.

BCCI has taken this issue very seriously and has ordered an explanation from WICB for this shameful gesture. BCCI  held an emergency meeting at Hyderabad which was set to discuss this issue. The result was in favour of the players as they were not subjected any kind of suspension on the other hand WICB has been severely punished for this action.

BCCI asks money for cancel of series by WICB

BCCI has also cancelled all the bilateral series against the West Indies that were palnned according to the ICC calender. Although Srilanka has agreed to play a series ,it has just made this series available cancelling the series which is to happen in  2015.

Sanjay patel added, ” Our broadcasting partners have lost a pretty much huge amount and WICB is the only responsible factor for this. It could have resolved the issues but totally kept out of issue and made these severe actions happen”. 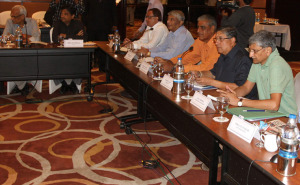 This is not the first time as there were issues earlier that time grade two team played and C.Gayle also had differences so it is the management which is responsible for all these type of actions.

Roberts former legend from WI has suggested WICB to send a group  of people to INDIA in order to minimize the effects”. There is also a issue between Samules andBravo as Samules is trying to get out of the issue but bravo has other opinions.

We need to wait and see what WICB does to meet all these financial losses faced by BCCI and also to maintain good relations with BCCI.