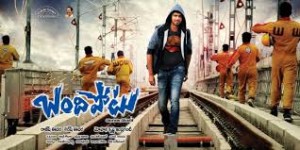 Allari Naresh was coming with Bandipotu movie after long time. He got back to back failures in last year. He was waiting for a success since three years. After Sudigadu movie Naresh didn’t get a success at box-office.

Allari Naresh was younger son of Telugu renowned comedy director E. V. V. Satyanarayana. Naresh started his career with successful comedy hit with Ravi Babu direction in 2002. When every his career was in down falls his father used to encourage with his direction and got some memorable hits in his career.

He got Nandi award for his memorable performance as Gali Seenu in Gamyam movie. At presently he was eagerly waiting for success. Actress Eesha was playing female lead in this movie. She was new actress who got a very decent hit with Anthaku Mundu Aa taruvatha movie with Sumanth Ashwin.

Director Mohan Krishna Indraganti got recognition with Ashta Chamma movie starring Nani, Swathi and Srinivas Avasarala. After that he did Golconda High School and Anthaka Mundu Aa Tarvatha movie also got good marks by critics. His movies seems very natural with different taking and screenplay was another major attribute for his successes.

Sampoornesh babu and Srinivas Avasarala also contributing in this movie. Sampoornesh babu was well-known for his comedy sense in movies. Movie was planned to release earlier but due to some issues. it is releasing with great expectations on 20th February 2015.

Please Stay Tuned to our updates……..