One of the high expectations project Bahubali movie was facing issues in piracy. It was prestigious project in Tollywood which was started three years ago. Almost it was 30 minutes duration was on internet. In the year 2013 Attarintiki Daredi Movie also got pirated before release. It was almost an hour of duration was released on net. That was shock for all Telugu film Industry in that time but the cinema managed to well at box-office.

As recently the movie talkie was completed as confirmed by unit. Only two more songs to complete the shooting and post-production work is going fast to release in summer of this year. The Unit was planned to release official theatrical trailer on the eve of Maha shivaratri on 17th February. 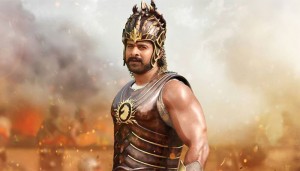 The video casts full fight scenes between Nazar and Prabhas for fifteen minutes. The Bahubali Unit and Producers has already taken legal issues to solve this problem immediately. The complained about this issue to Cyber Crime Police.

The movie was making with high budget of more than one hundred fifty crores. It is planning to unleash in 2015 summer. The movie casts Prabhas, Rana Daggubati, Anushka Shetty and Tamanna Bhatia. The unit already presented their official looks in Bahubali movie of everyone main cast on their birthdays.

The offender behind this crime was arrested by Cyber officers. As this video released earlier on net and started sharing too. The link was intentionally sharing in social medias are Facebook and Twitter.The officials are trying their best to stop this situation by both states officers in Telangana and Andhra Pradesh.