Actor Arjun Kapoor tried a lot to imitate TEVAR’s original OKKADU telugu movie hero MAHESHBABU (known for his charm, often people says he looks like Hollywood hero). He’s never gonna get Mahesh babu’s cool. Manoj bajpai Bhiku matre of satya versatile actor also failed in imitating Prakashraj villain in telugu version. Prakashraj known for his versatile action and character involvence. Why you guys are trying to imitate get into the story and act according to it. 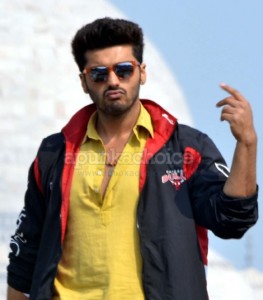 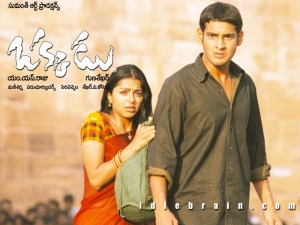 And coming to Sonakshi sinha, are you people mad? Its like Arjun kapoor is eloping with an aunt. Please leave her guys there are ton lot of other actors who are better than her. It seems like story plot was changed a lot from original okkadu.

And here goes greatest twist to you guys Arjun kapoor is going to loot Sonakshi sinha from manoj bajpai and hides her in TAJMAHAL and will keep on trying to send her out of the country. Coz manoj bajpai is bad guy who kills all the sonakshi sinha’s family and tries to marry her. At this situation she tries to runaway and Arjun kapoor helps her. May be here’s the story changed actually in telugu movie okkadu hero’s father was a police officer.

Production is superb, hero’s backdrop was as usual bollywood’s village culture showing. But you guys may enjoy a lot this movie coz you haven’t seen original movie. For telugu audience who want to see it its like guys what are you doing? You are no comparison to Mahesh will be the words. check out trailer of tevar