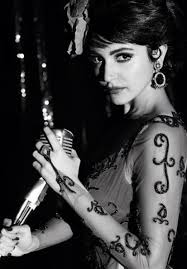 In first look the story is a bit of old type and the costume looks different. Anurag Kahsyap announced this movie and the movie seems like 1960s to 1970s look.

The movie is still going shooting and the movie was planning to launch in the summer of 2015.