Vasuvum Saravananum Onna Padichavanga is an upcoming Indian Tamil romantic comedy film written and directed by M. Rajesh. It features Arya and Tamannaah in lead roles while Santhanam plays a crucial important role. Arya himself is producing the film under his production company ‘The Show People’ associating with Prasad V Potluri’s PVP cinema.The film is scheduled for a worldwide release on 14 August 2015. The Official trailer was released on July 29th. 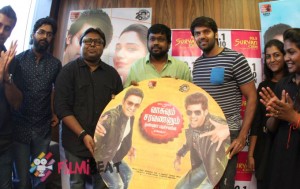 The Official trailer released Yesterdays backhad got huge response from audience there are many expectations on the movie.Watch the official trailer of Vasuvum Saravananum Onna Padichavanga in M. Rajesh’s direction. Arya and Santhanam team up again in this comedy outing that’s all about friendship. This light hearted entertainer also stars Tamannah in the lead role with D.Imman composing the music. Arya and Tamannah are pairing in this film. this film is goin g to be out and pout comdy one. Tamannah who got a huge success for her role in Baahubali is the female lead. Along with Arya and Tamannah, Santhanam and Vidyu Raman are also playing important roles as the friends of the leads. This movie is going to be a romantic comedy.Director M. Rajesh who made his debut with the film Siva Manasulo Sakthi in 2009 has done few good films. His debut film got him good name and this film was also remade in Telugu as Siva Manasulo Shruthi. He has been the writer for more than 7 films and he has also written dialogues for Varuthapadatha Valibar Sangam. He is now coming up with this film Vasuvum Saravananum Onna Padichavanga. If we observe all his films has lengthy titles,three words. 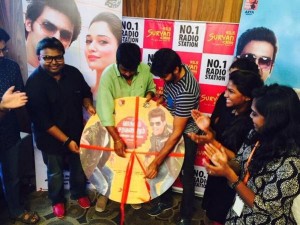 Wait and watch for more details….