Ajith-Shalini Blessed with a Baby Boy:

It’s good news that all over for Tamil star THALA Ajith. After the success of his latest movie ‘Yennai Arindhaal’, Ajith  has now something more to celebrate and it is personal. Ajith’s wife and former actress Shalini gave birth to the couple’s second child, a baby boy, at 4.30 am on 03 march 2015 Monday. 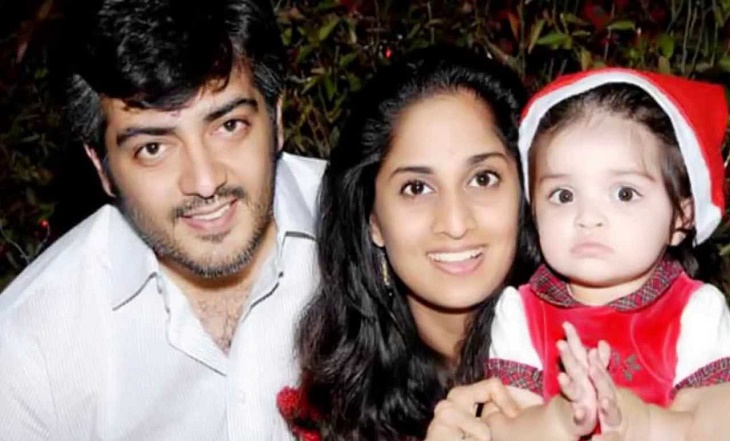 Thala Ajith and Shalini fell in love while working with together in Saran’s Amarkalam and later they got married with the mutual consent of their families. They are the most popular star couple in the south film industry. Anoushka is the first kid of the star couple and after a gap of 7 years, one more member has got added completing their lovely family. Now Shalini reportedly gave birth to the baby early in the morning at a private hospital in Chennai and both the baby and mother are doing fine.

Recently, the Indian Badminton Celebrity League took place in Chennai. However, Shalini, a state level badminton player did not participate in this season’s badminton celebrity league. According to reports, the actress missed the event due to her pregnancy. However, there is no official confirmation in this regard.

Heroine Shalini, who is Malayali’s Mamattukkuttiyama, and the new born are in healthy state and ‘Thala’ ajith fans are celebrating the entry of ‘baby thala’ on the social media.

Thala Ajith is now expected to take a break to spend time with his family. His next project, which was supposed to begin in month of February has been delayed. The movie will now hit the floors on 14 April for Tamil New Year.