Havish, Abhijeet (Life Is Beautiful Fame) hero and Nandita raj leading roles in this movie named Ramleela which is being made under the Ramadoota Creations banner. Directed by Kiran Sripuram and Dasari Kiran Kumar’s productions has made this movie more special.  According to a latest update, this movie was completed shooting whereas the post production works also completed . In this  film, supporting roles have been played by DR.Ali, Aksha, Saptagiri, Bhanu Chandar, Naagineedu and Indra . This Movie to be released on 27 february 2015. 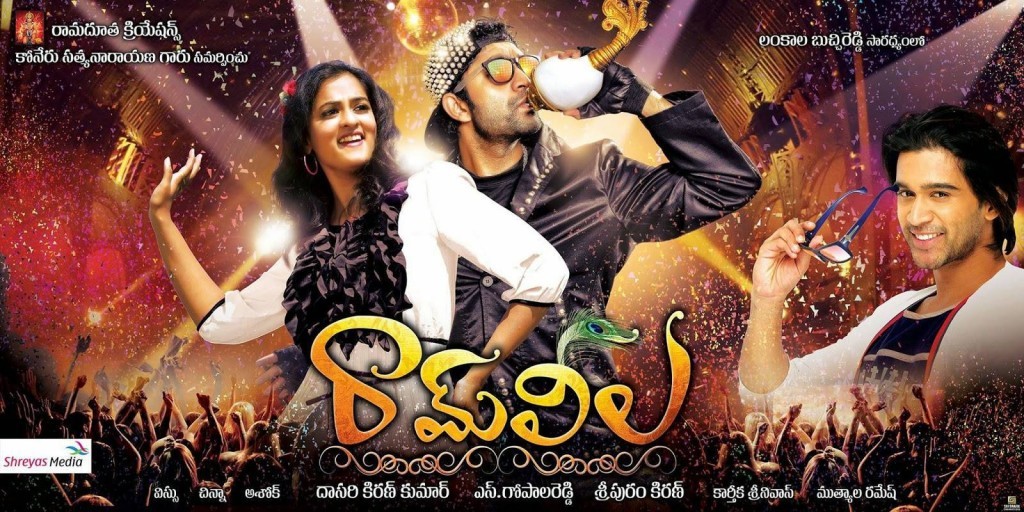 Havish, Abhijit and Nanditha are acting in the lead roles in the film, named ‘Ram Leela’. Dasari Kiran Kumar is producing this movie under Rama Dhootha creations banner. Sripuram Kiran is being introduced as the director with this fmovie.

Dasari Kiran Kumar said, that “Some hundreds and thousands of loves stories have come in Telugu till now. But this is a completely totally different film. This movie is set in a Malaysia backdrop and is a blend of entertainment and sentiment. S.Gopal Reddy, who worked for many blockbuster movies, is working for this movie, liking the story. We have shot in the beautiful locations in Malaysia for 25 days. The shooting has been completed by 95 percent. Havish is playing a character like Shah Rukh Khan in ‘Deewana’. Abhijith’s character will be also  very good. This will be a hat-trick hit for Nanditha”.

Aksha, Ali, Saptagiri are supporting roles in the movie.

Krish(Abhijith) is a software professional in the US. One fine day, he comes across Sasya(Nanditha) on TV and falls in love with her. Abhijit comes back to India and some how convinces Sasya to marry him.

The couple head to Malaysia for their honeymoon. Twist in the tale arises when Sasya leaves Krish and decides to meet her ex-boyfriend. Rest of the story is as to how Abhijit manages to win his wife back and where does Ram(Havish) feature in all this set up.

The performance of the lead role is the major highlight of the movie. Havish is decent in his role and has given a goodperformance. He is specially good in the emotional scenes and has vastly improved with his acting. Abhijit plays his supporting role quite well in this film. Nanditha attracts the audience with her traditional and glamorous looks.

Bhanu Chander has given an excellent performance in this movie. Nagi Needu, Anitha and Krishnudu play their supporting roles well. The second half is quite good where as the first half has interesting flash back episodes. The emotional climax will surely go well with the family audience. S Gopala Reddy’s cinematography is yet another major highlight of this movie. Madalasa Sharma’s item number will be liked by the masses.

Pace of the movie is a bit slow in the first half as many scenes have been dragged unnecessarily. Ali’s comedy track is bad and spoils the flow of the movie.

Placement of the songs in the first half irritates the audience