Young tiger Jr Ntr is currently trying to change his look and get back into family movies after a long gap, he has been doing mass commercials since past few movies and has distanced family and also youth audience, now he is targeting to regain his following among youth and show his power in A centers and also multiplexes too. He will be working with Sukumar for his next movie, this will be Ntr’s 25th film and hero has taken it very personally, Ntr wants this film to be neat family entertainer and wants to entertain all age groups with this movie, Sukumar has taken enough care in penning the script of this movie, JR Ntr has okayed the script nearly after 4 months of constant narration from Sukumar. 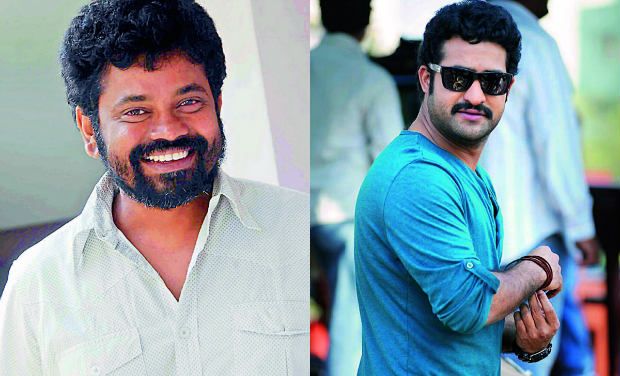 According o the latest information this movie will be titled as “Nanaki Prematho”, already this title has been registered with film chamber, currently family movies are paying off at the box office, Seethama Vakitlo Sirimalle Chetu, Attarintiki Daredi, Govindudu Andarivadele received good applause from the family audience and currently S/o Of Satyamurthy, Srimanthudu, Brahmotsavam etc are in filming stages, generally our movies used to have powerful titles but nowadays everyone is following simple, neat and family titles, so is Tarak for his next film. Jagapathi Babu will be playing Tarak’s father role in the movie, Rakul Preeth will star along with Tarak, BVSN Prasad is producing the film.