Today marks the day when the first electric traffic signal was installed on the corner of Euclid Avenue and East 105th Street in Cleveland, Ohio, way back in 1914.Google remembers this historic day by a black and white doddle with the red-green lights of the traffic signal being the center of the attraction. Vintage cars, three at one end and three on the other, with alphabets G O O G L E on them move across the street following the traffic signal rules.Speedy traffic flows when the signal is green and halts when the signal turns red, with the arrangement of GOOGLE on the screen. The illustration has two lanes to add depth to it; small compact houses are shown at the back. 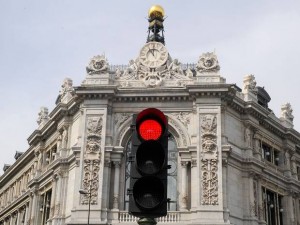 When you click on the doodle it directs you to the search page showing you the results to the query “when was the first traffic light installed” followed by various links giving the history and answers on the same.The first electric traffic light was developed in 1912 by Lester Wire, a policeman in Salt Lake City, Utah, who also used red-green lights. On 5 August 1914, the American Traffic Signal Company installed a traffic signal system on the corner of East 105th Street and Euclid Avenue in Cleveland, Ohio. 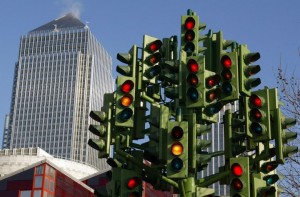 Traffic lights, also known as traffic signals, traffic lamps, traffic semaphore, signal lights, stop lights and robots,and also known technically as traffic control signals are signalling devices positioned at road intersections, pedestrian crossings and other locations to control conflicting flows of traffic. The first manually operated gas-lit traffic light was installed in 1868 in London, though it was short-lived due to explosion. The first safe, automatic electric traffic lights were installed in the United States starting in the late 1890s.Traffic lights alternate the right of way accorded to road users by displaying lights of a standard color (red, yellow, and green) following a universal color code. In the typical sequence of color phases: