Skip to content
HomeMiscellaneousDipika Pallikal to marry Dinesh Karthik in mid-2015
Indian popular sports persons Dipika pallikal and Dinesh Karthik have decided to get married  recently they were engaged.Dinesh karthik Indian wicketkeeper-batsman famous cricketer and made his debut on 2004.Dipika pallikal famous Indian squash player She is the first Indian woman to break into the top 10 in the WSA rankings. She won 3 WISPA tour titles in 2011 recently she won Gold medal in Asian games. 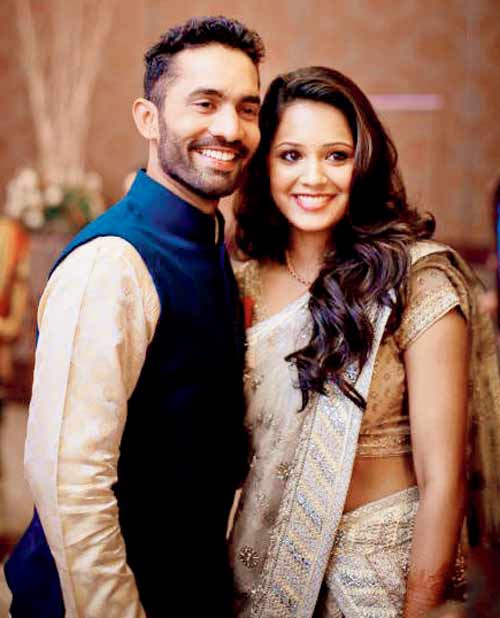 India’s star squash player Dinesh Karthik Deepika pallikalla was betrothed. The friendship between the two grew up in the same coach at the gym, lessons learned, turned to love.

Pallikal in England last year, during which training ascaryaparicadata Karthik went there. Karthik on the eve of the Champions Trophy, England cettapattal Pallikal said to have dyed

Pallikal, the mother of their engagement was confirmed a few days ago in Chennai. Their engagement ceremony was not just limited to the family, she said. Karthik was already married with Nikita Karthik
in 2007 and divorces and recently he was engaged with dipika pallikal and they two spoets persons to get married.