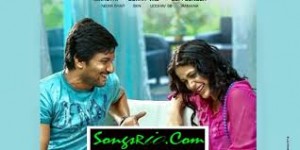 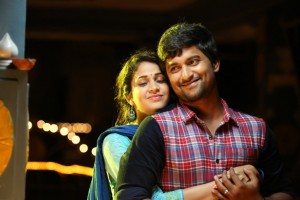 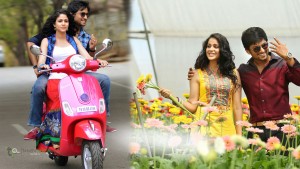 The actor Nani recently met with accident but he cooperated in making of the movie said by the Maruthi. Nani is on a roll with the success of his movies Yevade Subramanyam and Jandapai Kapiraju.Bale Bale Magadivoy is an upcoming Telugu movie starring young actors Nani and Andala Rakshasi movie fame actress Lavanya Tripathi. The film is directed by Maruthi and being jointly produced by Geetha Arts and UV creations. This is touted to be a youthful entertainer.The makers of Bale Bale Magadivoy movie are planning release film on big screen in the second week of September. The unit released first look of movie on 25th May, 2015 and recently released teaser and it received positive response from audience.As per Tollywood industry, the movie will definitely entertain the youth audience, because it was designed by the director Maruthi, who got fame with his previous movies Ee Rojullo, Bustop and Kotha Janta. Music for this has composed by Gopi Sunder.Movie teaser was released recently, it seems like a love story and comedy entertainer. Audio launch of movie is scheduled to 15th August, 2015 and official theatrical trailer will be released soon. According to unit, movie will be released in the second week of September to entertainer young actor Nani lovers.